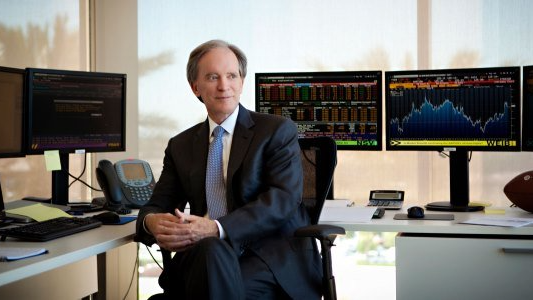 Legendary investor Bill Gross is betting against GameStop shares again after walking away from the wild January volatility with a tidy $ 10 million.
The retired Pimco co-founder told Bloomberg TV on Tuesday that he is taking a stand against GameStop stock by selling contracts called call options.

"The volatility is very high... and it contributes to the opportunity to make some money, " he said.

However, the former Pimco boss, who now manages his family's and foundation's money, could lose out if the highly volatile stock rises to the level of more than $300 recorded in January.

Gross told the Citywire Selector podcast in February that it fell between $ 10 million and $ 15 million at some point in the January GameStop saga, when day traders pushed the price to an intraday high of over $480.

"I've been losing millions of dollars, and it's not a good feeling when you go to bed," he told the podcast.

Still, Gross said he ended up making "maybe $ 10 million" after cementing his position when the stock fell. He told Bloomberg on Tuesday: "I really managed to get over my insecurities, hold on and drive all the way back down in terms of exit." He added that now "back, I'm still selling call options at $ 250 and $ 300."

However, Gross ' position remains precarious. GameStop shares fell after the January surge, but have since surged again to more than $ 200.

Still, Gross said he believes the high volatility of the stock "is a great opportunity for option sellers, not buyers, to take advantage."