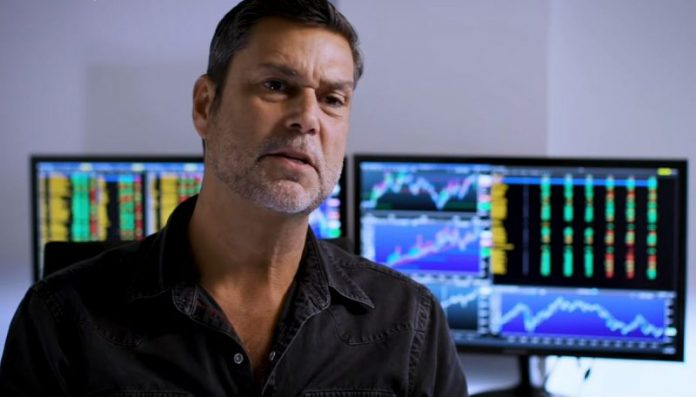 Based on the growth of the ETH/BTC pair, Pal said that Ethereum demonstrates strength over bitcoin, and this can lead to the crypto market coming out of the correction.

This week, cryptocurrency markets entered a state of strong volatility, fueled by news about Elon Musk and China. After a large-scale collapse on Wednesday, the cryptocurrency market regained lost positions. However, on the weekly charts bitcoin (BTC) and most other altcoins still fall by a large margin. But former Goldman Sachs investor Raul Pal is betting heavily on Ethereum (ETH). The CEO of Vision Group believes that Ethereum has the potential to take the cryptocurrency market out of the correction phase. However, Pala's comments came earlier this week during Monday's collapse following Elon Musk's tweets. Pal suggested that the technical schedule of bitcoin hints at a phase of consolidation.

As for Ethereum (ETH), Raoul Pal suggested that investors could add it extra if they have extra money on hand. Shortly after Pala's comments, Ethereum (ETH) fell to $2000 during a price collapse on Wednesday. However, it has recovered by more than 30% since the fall. At the time of publication, Ethereum was trading at $2738 and had a market value of $318 billion.

But Pal seems to be right, because despite the current volatility, the fundamental principles of the Ethereum chain continue to improve. Even during Wednesday's collapse, Ethereum's supply on the exchanges continued to decline. On the other hand, a large number of ETH was transferred to the Ethereum 2.0 deposit contract.

In addition, the growth in the number of DeFi users on the Ethereum platform has been phenomenal.

Raul Pal: Crypto-ETF can change the rules of the game

The U.S. is still waiting for the launch of its first bitcoin ETF, and investors are sitting on the brink, watching the changes in the law. Raul Pal believes that the Exchange Fund (ETF) can change the rules of the game in the market. He added:

"That's my opinion... ETFs are the next rocket fuel for this market. The money wall continues to appear, but everyone needs time to obtain internal permits. Every week I spend a lot of conversations with hedge funds, family offices and asset managers. All this is happening and even more..."

All attention is now focused on the US SEC and its decision on the VanEck Bitcoin ETF awaiting approval. On the other hand, other markets, such as Canada and Brazil, have already introduced these products and received a solid response from investors.