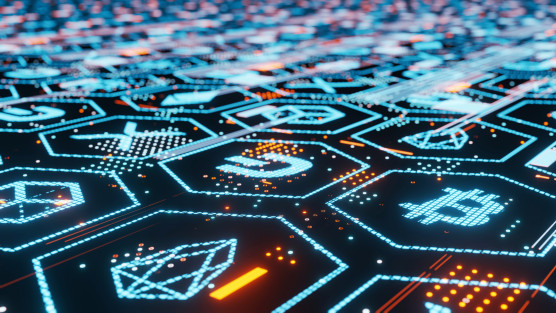 Toronto-based ePIC blockchain has completed a $ 7.5 million funding round to bring ASIC manufacturing to North America.

"North America has succeeded in many chip technologies, so there's no reason why North America shouldn't succeed in developing and manufacturing blockchain-based ASICs," ePIC CEO Henry Kuan told CoinDesk. "Lack of supplies. Newcomers can't get in and access the technology, so that keeps a lot of players out of the game."

The so-called application specific circuit (ASIC) miners are designed specifically for mining cryptocurrencies, usually bitcoins, because they produce the hashes needed to mine blocks at a much faster rate than video cards or conventional computer processors. ePIC is currently creating an ASIC for altcoins.

ASIC manufacturing is a sub-industry that, like the crypto industry, is centered in China. As the only ASIC manufacturer in North America to have a live product, the expansion of ePIC (and any others that follow it) could remove the supply chain bottleneck that has plagued North American miners, especially during this bull market, causing a lack of access to mining machines.

"Having a North American ASIC manufacturer is critical to the long-term security of the Bitcoin network, given the supply chain constraints from China and the need for more hashrate based in NA," Ethan Vera, CFO of North American mining pool and technology company Luxor, told CoinDesk.

“The growth of the Chinese mining ecosystem was partly the result of proximity to ASIC manufacturers. We can expect the same relationship to continue with the North American manufacturer ASIC.”

The mining manufacturer's clients include Argo, an American miner with a foothold in Texas, and CoreScientific, the largest provider of mining data centers in North America. ePIC will use this funding to produce its 3rd generation ASIC model, which will be used to mine “top 10 cryptocurrencies, " according to Quan. The new drilling rig, codenamed Amnesia, will be launched in the 4th quarter of this year.

ePIC is currently producing ASICs for mining the Siacoin project's decentralized storage. Together with a team consisting of graduates of the microchip manufacturer AMD, Kuan said that the development of ASIC Bitcoin is part of the company's roadmap.

Over the past year, miners have been in a frenzy for the metal, energy, and storage needed to expand their operations to cash in on the digital gold rush.

But the demand has meant that many miners, especially those across the ocean from the foundries that supply the machines they need, have to wait to get access to the equipment. This caused the prices of older machines to skyrocket as even older machines like 2014 were in profit, leading to Bitcoin's largest complex adjustment this month.

Investment in the North American mining sector has shown no signs of slowing, and some major players have tried to increase their hash rate by up to ten times by the end of the year.

Manufacturers like ePIC could fix the lopsided supply chain logistics that these miners currently face.

"North America can be a mining powerhouse, but it needs to bring together three key elements. There is a lot of cheap energy, commercial miners and a favorable political climate, so this is the first. Mining pools are another part we have with Luxor and DCG. And now we have a third part with ePIC and ASIC manufacturing, " he said.

Quan did not specify when the company will start producing ASICs for bitcoin mining. He commented that "ASIC Bitcoin is the holy grail” "but to" compete in this market, you need a lot of capital and access to advanced casting nodes like 5 nanometers” " perhaps something for a B-series round, he hinted.

Vera Luxora commented that " starting with altcoin miners is an interesting way to approach the creation of a new Bitcoin-ASIC company, as it is often less competitive and can be a good testing ground before entering the top league.”